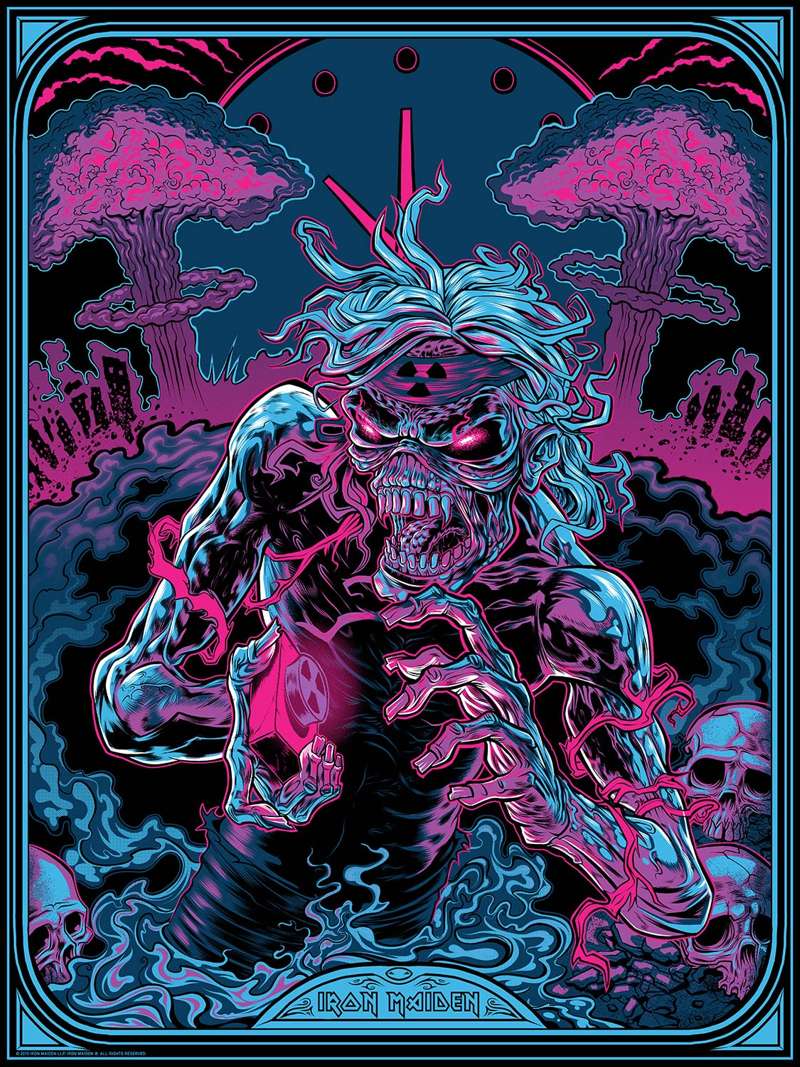 “My exposure to rock/metal really was spearheaded by Iron Maiden. The visuals alone drew me in as a kid, obviously! I chose '2 minutes Till Midnight' for my piece because I have such a vivid recollection of expecting Nuclear war at any moment in the 80's. Soviet Russia and Nuclear War were the epitome of fear back then. I love that the song seems to be ahead of the curve on a bit with its romanticised perspective of the world at that time"- Zombie Yeti