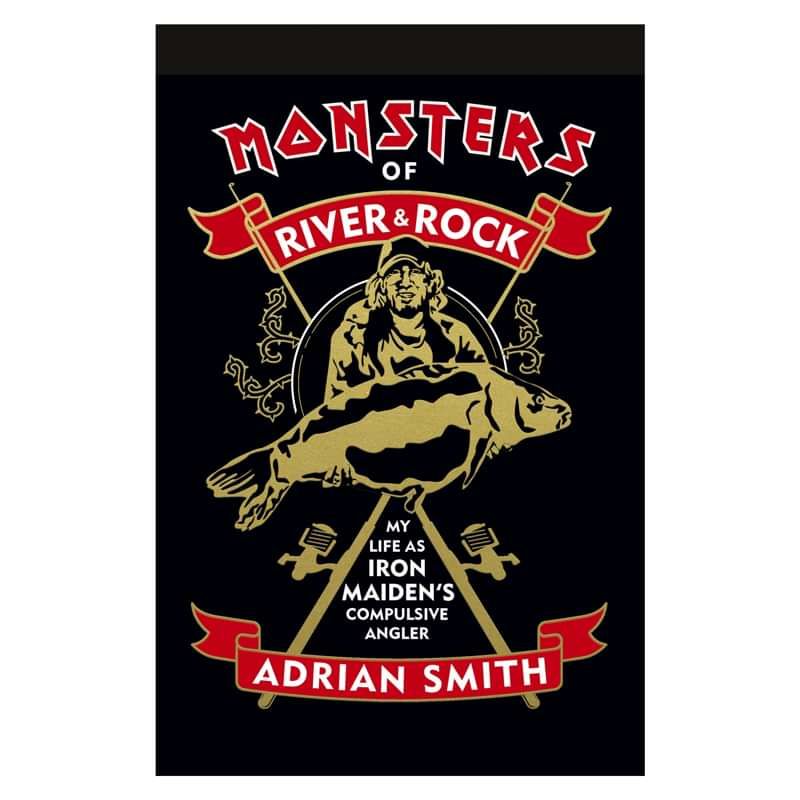 This product is available for pre-order to US customers only and will be released on November 6, 2020.

FC Members – Login to see your price
This product is on pre-order and will be released Nov 6
$29.99
Ships from the UK

The legendary Iron Maiden guitarist takes you to the final frontier of fishing in this special signed version of the US edition of the book.

Welcome to the world of Adrian Smith, playing his Jackson guitar onstage to millions while, behind the scenes, he explores far-flung rivers, seas, lakes, waterways, and weirs in a fearless quest for fishing nirvana.

Hooked on the angling adrenaline rush since first catching perch from East London canals on outings with his father, Adrian grew up to be in one of Rock's most iconic bands. On tour, his gear went with him. The fish got bigger; the adventures more extreme.

In Monsters of River and Rock you'll hear about his first sturgeon: a whopping 100-pounder from the roaring rapids of Canada's Fraser River that nearly wiped him out mid-Maiden tour. Then there's the close shave with a shark off the Virgin Islands while wading waist-deep for bonefish. Not to mention an enviable list of specimen coarse fish from the UK.

Limited to only 2,000 orders, each copy of Monsters of River and Rock ordered via this link comes with a book plate hand signed by Adrian Smith himself.